One of the competition projects was the development of an automated mobile emergency-call system, the GSM Guardian Angel, an idea, which will soon be adopted in Europe as a mandatory car safety standard “eCall” and is already in use in the US as “OnStar”.

Jugend forscht (literal translation: “Youth researches”) is a German youth science competition. With more than 10,000 participants annually, it is the biggest youth science and technology competition in Europe. It was initiated in 1965. 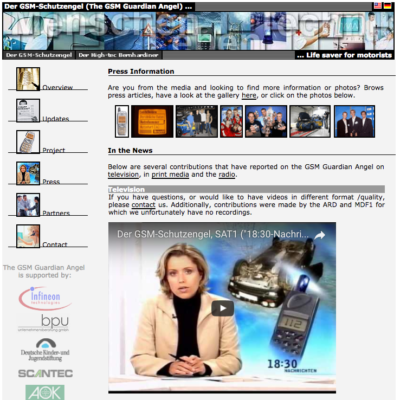